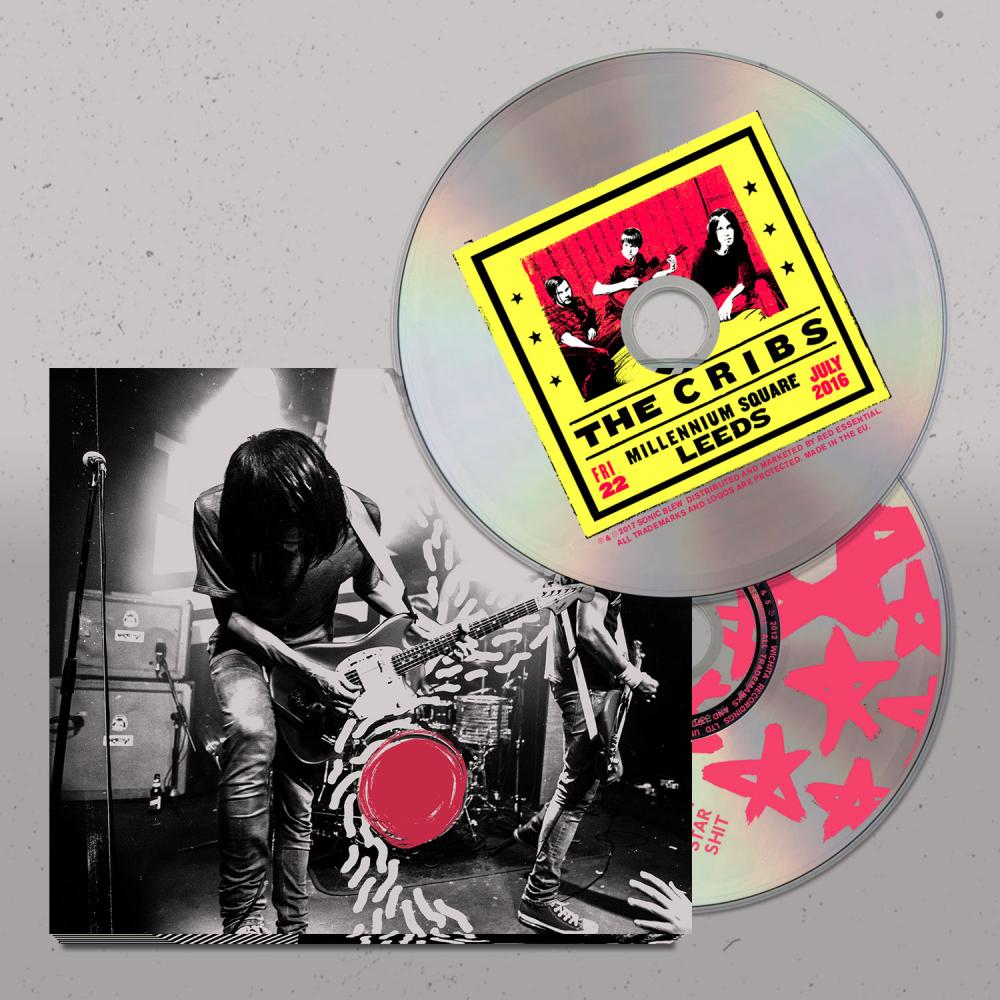 The following files are included with this item:

Exclusive to thecribs.com, not available anywhere else!

Fresh off the back of a sell-out spring tour celebrating the 10 year anniversary of the bands much lauded third album 'Men's Needs, Women's Needs, What-ever' (which saw them headline their largest show to date at Leeds First Direct Arena), The Cribs are excited to announce the impending release of their new record '24-7 Rock Star Shit' on the 11th of August 2017.

Recorded live to tape in just 5 days by venerated underground engineer Steve Albini (Nirvana, Shellac, Pixies) '24-7 Rock Star Shit' marks a return to the bands early roots with it's raw, rough-around-the-edges approach and sonic aggression. Originally conceived during recording sessions for the bands fifth album 'In The Belly Of The Brazen Bull' these recordings were elevated to qua-si mythical status amongst the bands famously dedicated fan-base, with ex-citement building for a "punk album" flipside to 2015's more pop-leaning 'For All My Sisters'. Originally intended as an EP, once sessions were completed the band found that they had recorded enough material for an album and decided it should be released that way instead - "That approach just really suits us, we were just having too much fun I guess" laughs the band.

The following files are included with this item: